Skip to content
PCB Hazards
Topic Progress:
← Back to Module 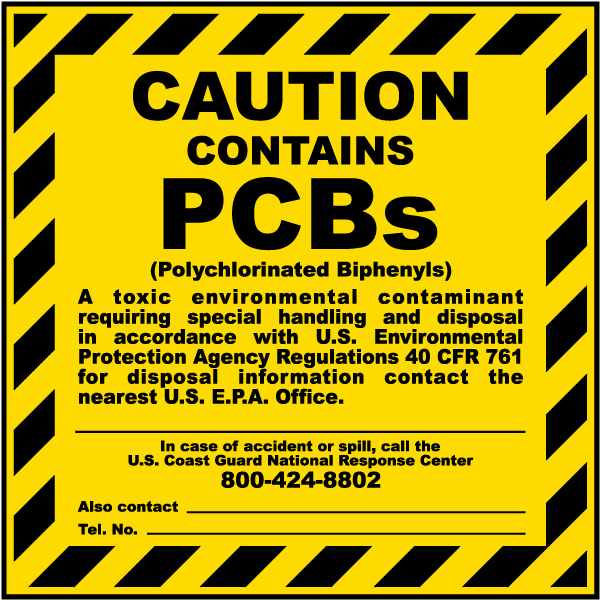 Polychlorinated biphenyls, or PCBs, are a probable carcinogen that may be found in transformer oil. PCBs were widely used for cooling electric capacitors and transformers until the EPA banned them from most uses in 1979. A yellow warning label is required on certain equipment that contains PCBs at a concentration of at least 500 ppm. However, at low concentrations or with specific types of equipment, this label may not be required. So, you cannot assume that PCBs are not present just because there is no label.

Toggle the pointer to see the topics in each category, then select the topic you want to learn more about.